This is my first a portable layout. As my loft space is full of a permanent 00 gauge, freelance layout, I needed to ensure that the new layout could be operated and stored in a much smaller space. N gauge therefore appealed but I also wanted to represent a prototype rather than create another freelance scene which would mean (probably) scratch building all structures. Having done some scratch building for 00 gauge, I decided this time it would be 009.

Scarborough North Bay Railway has been a tourist attraction since 1931 and still remains popular. It runs to a published timetable every day from April to October (and on a limited number of days at other times) taking passengers just under a mile from Peasholm at its southern end (where there is an engine shed and a reversing loop) to Scalby Mills at its northern end (where there is a turntable) and back again. The locomotives had always been diesel powered but three are representations of Gresley A3 outline and the fourth is a 4-6-4 tank locomotive which appears to be a modified A8 outline. In 2016, the charity which runs the railway had an industrial, steam operated locomotive built – it is an 0-4-0 and only 8’6” long.

There are many videos and photographs of the prototype on the internet and they have been the main source of my information in creating the layout. However, whilst the prototype runs in a gentle arc round part of the North Bay at Scarborough, my track is horseshoe shaped, the double-sided backscene is in the middle and so is the sea! As a result, the layout measures approximately 2m x 1m when assembled.

With the initial aim of displaying the layout as it progresses at the club’s open day planned for 27 June 2020 (but now cancelled) I have concentrated on the main station areas which, although quite far advanced, still require much work. Scenic work on the area between has not been started but all track is in place. Control is by DCC for locomotives and points. 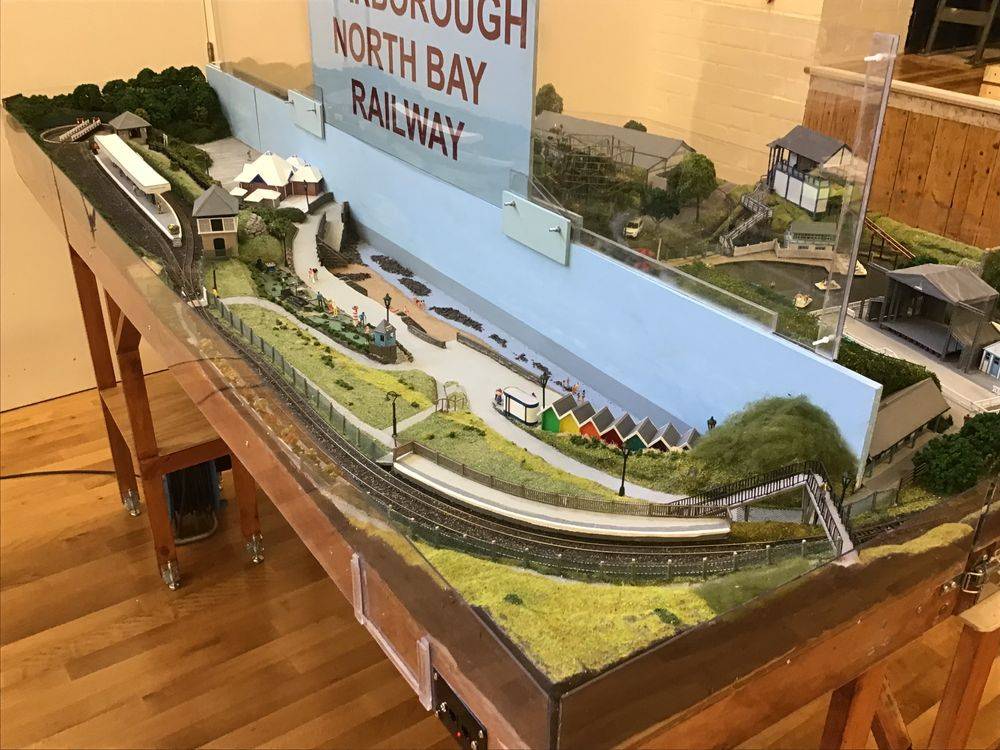 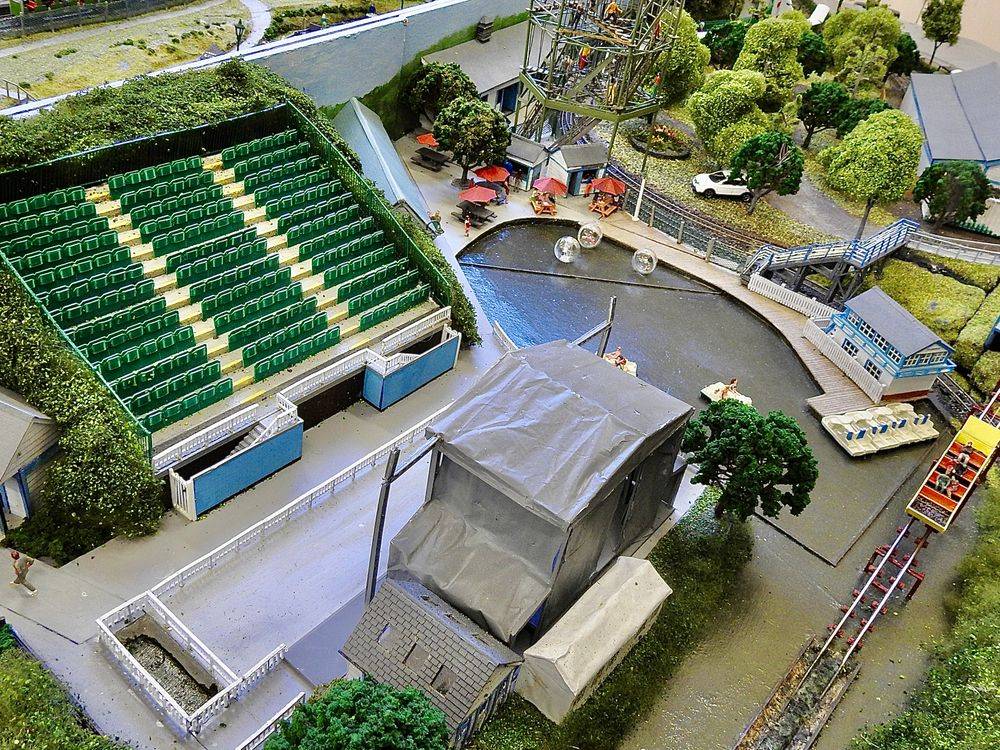 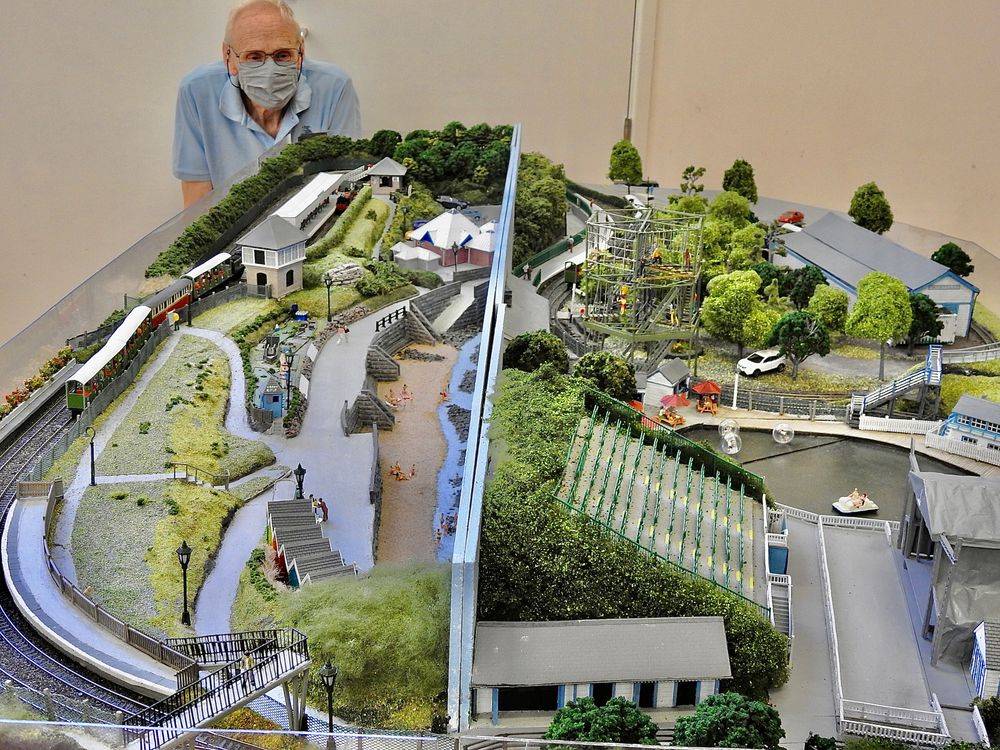 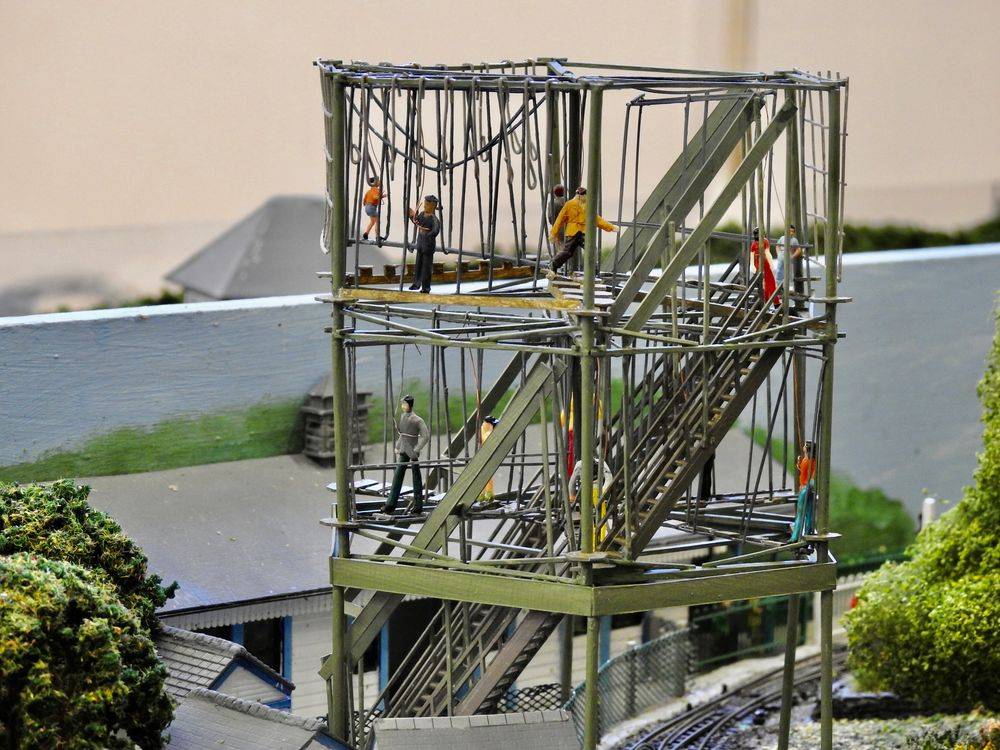 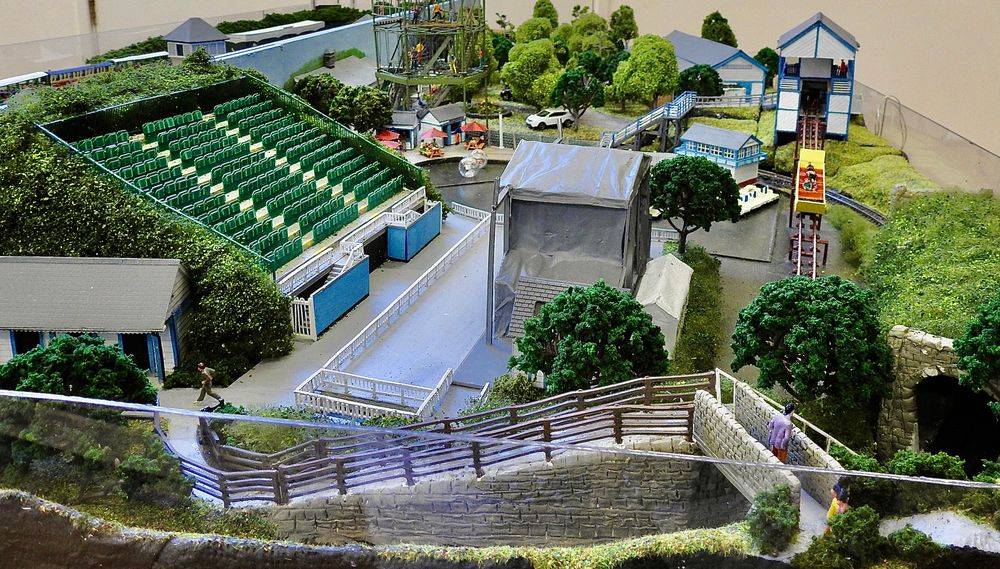 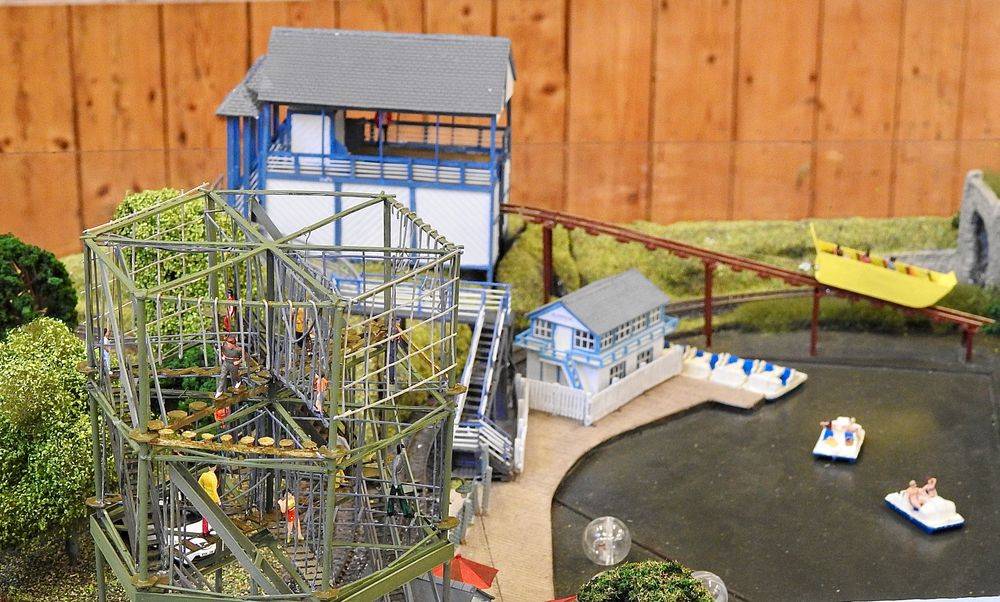 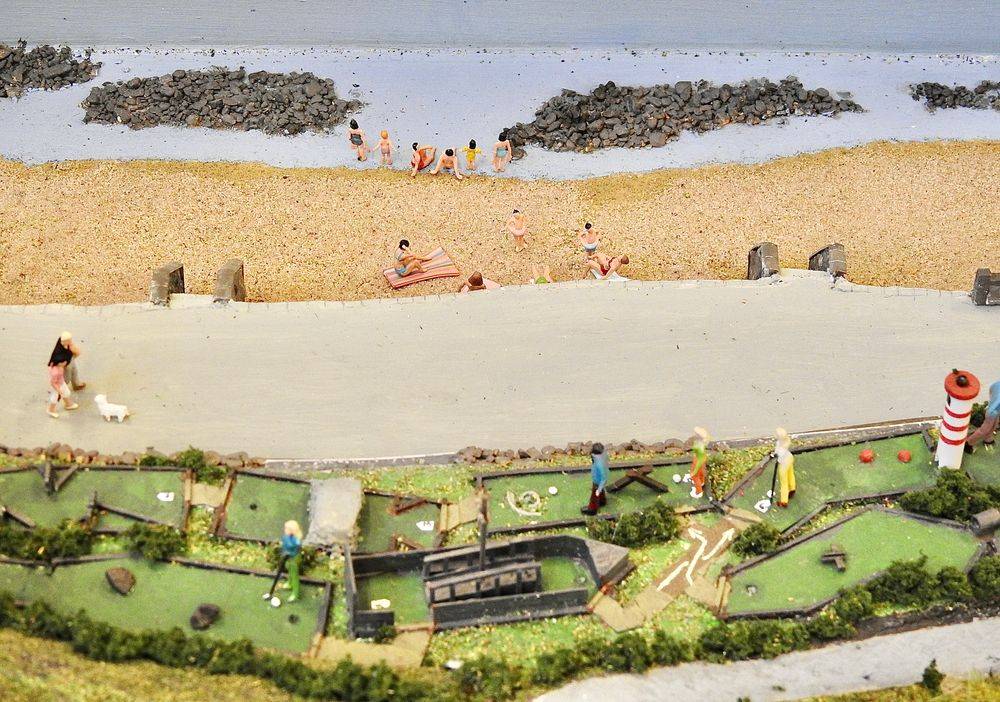 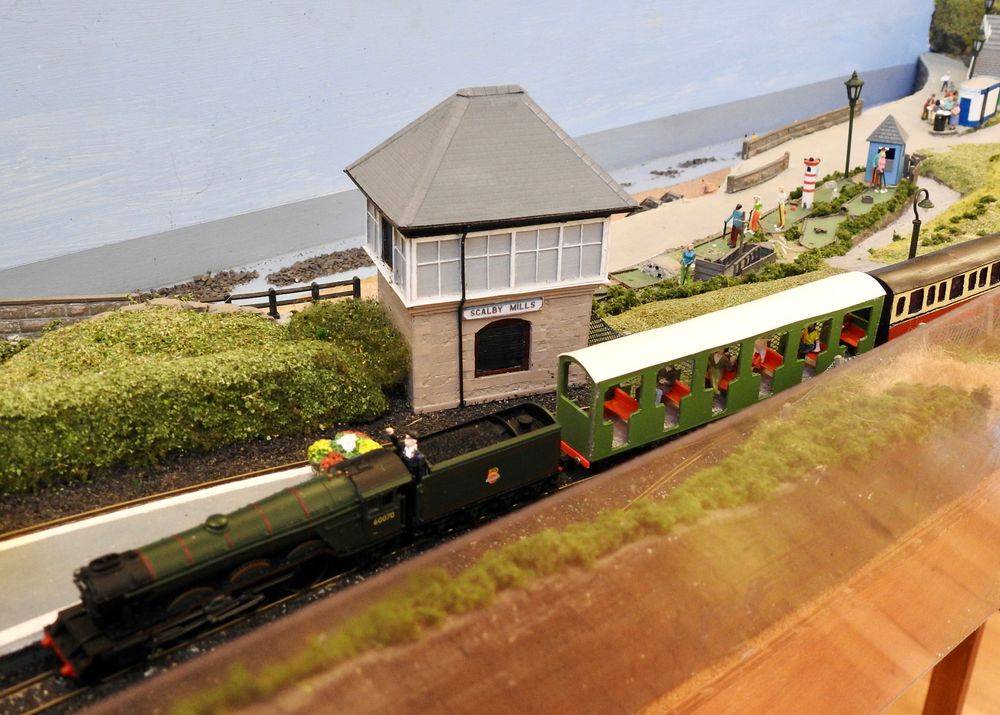 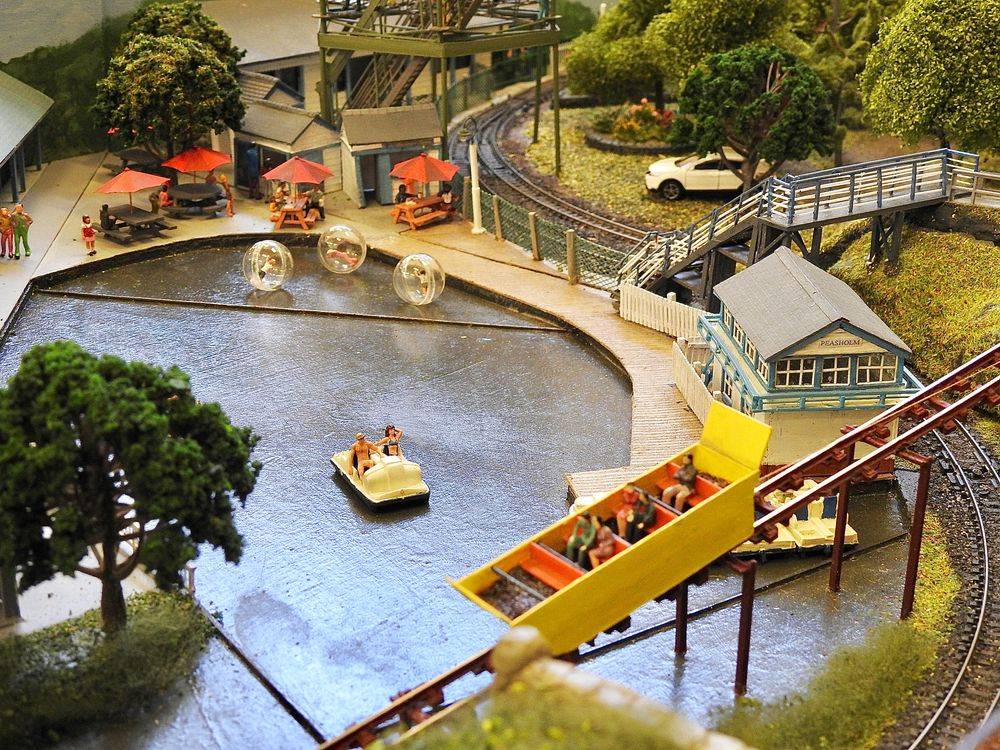